Tsuboichi tea shop was established in 1850 and is located 5 min from Kyarabashi station in Takaishi city. The CEO, Mr. Tanimoto has reached the 6th level of the second stage, as a Japanese tea appraiser. He travels to tea gardens around Japan to buy good green tea. We visited them to learn the story about their new product “Green tea ice cream,” and the greatness of Japanese tea.

Tsuboichi was established in Sakai, where the Japanese tea master Senno Rikyu was born, and was rebuit again after World WarⅡ.

Tsuboichi was first established as Yamaichi tea shop in March 1850, but air raids destroyed their three storehouses in 1945, and they moved and reopened in Takaishi city in September 1945. Japan was in a period of high economic growth around 1970 and the consumption of Japanese tea was increasing. It made them decide to import tea from Taiwan and it brought about Chinese tea boom in Japan.

The green tea that they are selling now is called “Rikyu-no-uta” (Song of Rikyu) and was selected as an Osaka special product. They have a shop in Daimaru department store in Osaka city and also opened a tea shop attached to a café in Sakai city. 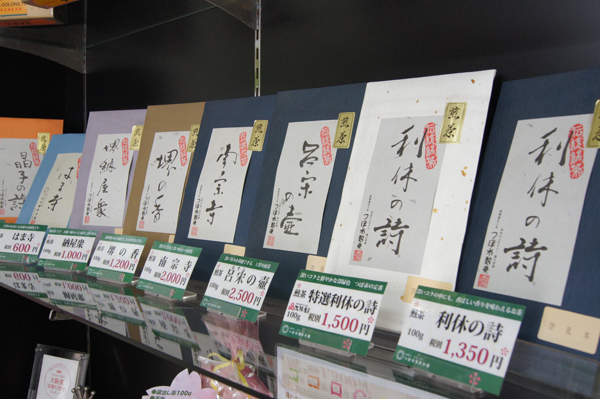 We talked to Mr. Nomura who is a Japanese tea instructor in the sales department. He didn’t use to drink Japanese tea when he was a child, but he realized how great it was after he started studying about the certification of Japanese tea.

Some of the great qualities are the ingredients like caffeine, catechin and theanine. Some of the effects include lowering blood cholesterol, reducing body fat, antioxidative effects, diurectic effects and lowering blood pressure.

Mr. Nomura said that he spent more time with his family by drinking Japanese tea more often. When we make Japanese tea, we put tea leaves into a pot and then pour in boiling water. Then we wait a short time until it’s ready to drink. The waiting time is a chance to have a chat with family, even though it’s very short. 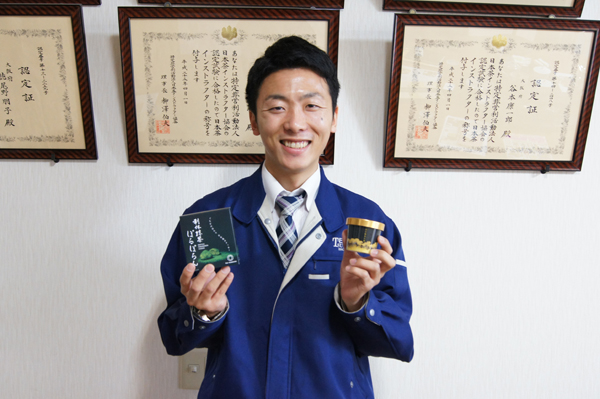 Tsuboichi opened a tea shop attached to a café in Sakai city on Nov, 2013. They developed this product as one of menu items in the café. It is a vivid, deep green and has the rich aroma, taste and sweetness of Japanese green tea. It took 2 years to develop this ice cream.

Green tea can easily lose its flavor and beautiful color when it is exposed to air and light. It is said that green tea sweets in general are made with a low amount of green tea and additives are used to add color and aroma. 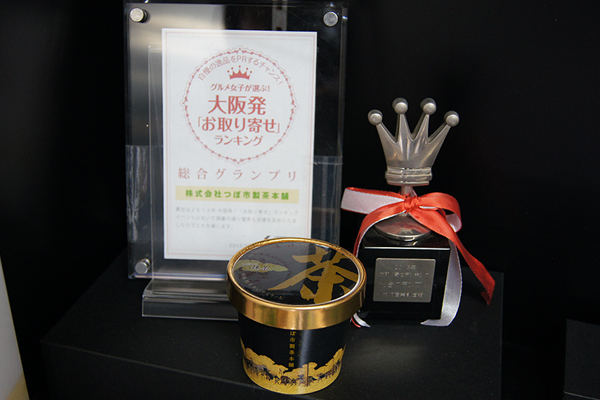 Tsuboichi wants more people to taste the authentic taste of green tea and found green tea leaves that go well with ice cream. People in the ice cream factory were surprised by how much green tea was used for the product at first and they tried to make prototypes again and again. The final product has a good reputation and is becoming quite popular recently.

Tsuboichi has been working to promote Japanese tea and gives tea lessons at school around Saki these days. They developed and offer tea bags with high quality green tea and want the product they want to give people more opportunities to drink Japanese tea, since the greatness of green tea has been rediscovered recently. Mr. Nomura hopes that people can expand their conversations between family and friends more by drinking Japanese tea. 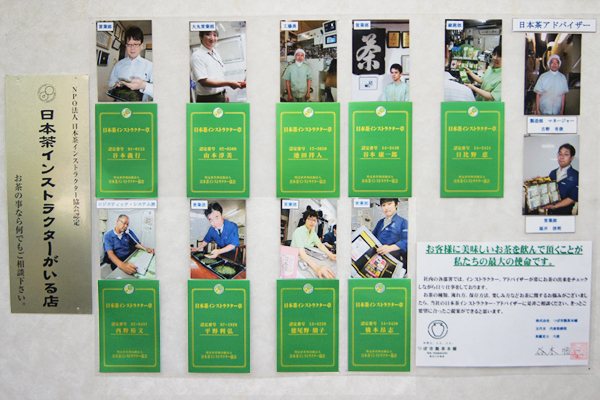 Authentic green tea ice cream which the Green tea shop in Sakai made where a lot of Japanese tea instructor,professionals of the tea are registered at.