Osaka bay has been called the fish garden and has been famous for the variety of fish we can catch in it for a very long time. Octopus is one of the most famous seafoods in Osaka especially in Takoyaki. As a result of the current and the abundance of prawns and crabs to eat, the octopus in Osaka bay have rich flavor and soft texture. Octopus caught around Senshu in Osaka bay have been registered as a trademark of the local brand “Izumi Octopus” in 2011. Using this octopus we have developed this product and are offering it to you. 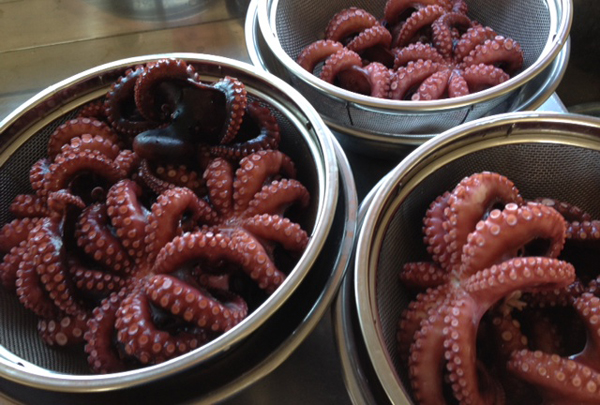 Senshu.com was established as an IT company in 2000 and is well respected in the Senshu area. We are often asked why an IT company like us developed this product.

One of our missions is local revitalization and we started to develop this product for that reason in 2013. The CEO, Tachibana, came up with the idea to develop a product using “Izumi octopus” because it is his favorite. You may know that octopus is popular in Osaka, but canned octopus is rarely seen. 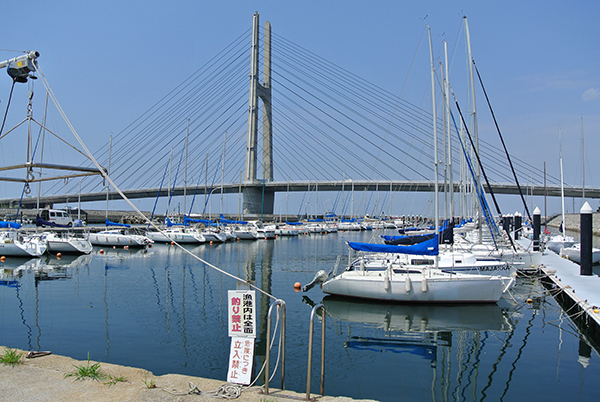 We wanted to get “Izumi octopus” to develop this product, however, we hadn’t had any idea about food product development. We were rushing around fishing ports in the Senshu area to find a supplier of the octopus. We finally found suppliers, but then spent a lot of time thinking about what kind of product we were going to make.

We searched different kinds of recipes on the Internet and tried to make different prototypes again and again. When the final product was finally achieved, all of our staff were extremely pleased. 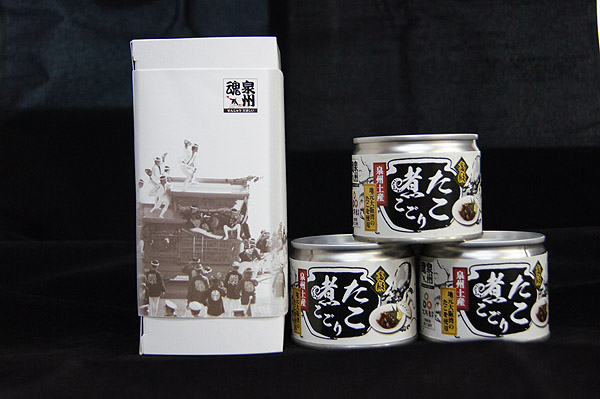 Our product was approved to use the logo of an Osaka registered trademark. This product is very popular domestically and internationally. We asked the CEO of Rakuten to taste it and he agreed that it was very delicious. 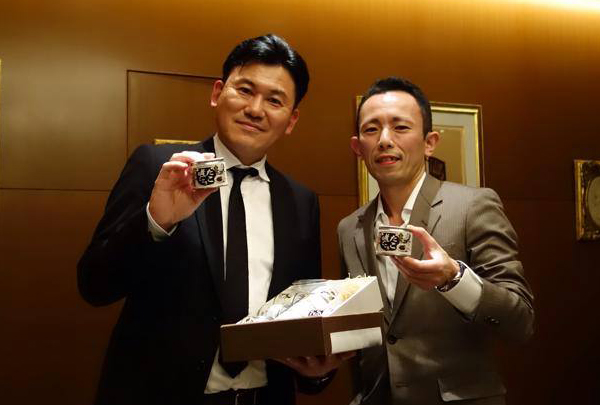 We strongly want to do local revitalization with the products made from local ingredients and to introduce more products which the people in Senshu are passionate about to other people around the world. We are very happy and thankful that you come and buy products in Senshu. 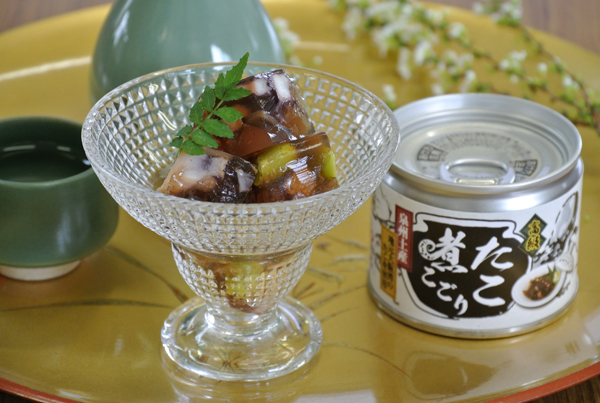 We strongly want to do local revitalization with the products made from local ingredients and to introduce more products which the people in Senshu are passionate about to other people around the world.