From a long standing seller of Uji tea, to the world

Nishio Meikoen Chaho was founded in Sakai in 1854. They were one of the first companies to build a green tea factory in Uji. Even though Uji has become a bit of a rarity these days, they still continue to sell this fine green tea in Sakai. Shinzo Nishio; the 5th generation president, said that the demand for green tea in Japan has decreased but the world market for green tea, as well as new green tea based products, is opening up. 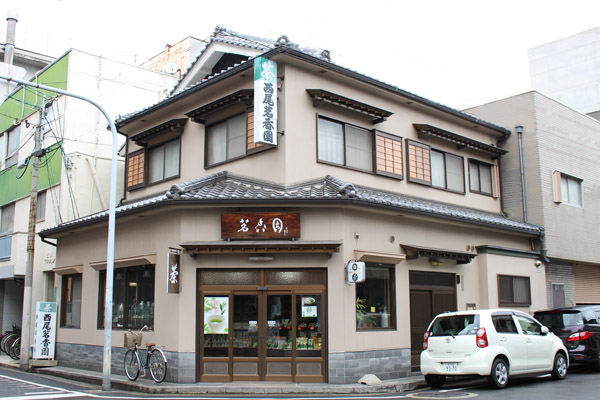 A tradition of premium tea

Since the Heian era, Uji city in Kyoto has been a popular place for wealthy people to build second homes, in a location with abundant natural beauty. Around the year 1300 tea arrived in Japan, and it was at this time that the history of Uji tea began. In Uji it is a common practice to cover the tea plants from the sun about 2-3 weeks before the leaves are harvested. This process is called “oishita”. This is a very time consuming technique but the color of the tea becomes more vibrant and the flavor becomes richer. From these leaves, tencha, gyokuro, and other premium teas are made.

The original tea merchants were called “chashi” and they had strong connections with shogun as well as daimyo lords. Since the Muromachi era a person who was called “ocha ginmiyaku” judged the quality of the tea. Jouou Takeno, Sen No Rikyu, and Oribe Furuta were some of the first ocha ginmiyaku.

Uji tea is grown in great soil, at the ideal temperature and using special techniques, so it became a favorite of the ocha ginmiyaku, and this in turn increased it’s value. Hideyoshi Toyotomi was very impressed with the quality of Uji tea and he gave it as gifts to shogun in special ceramic containers called “ochatsubo”. 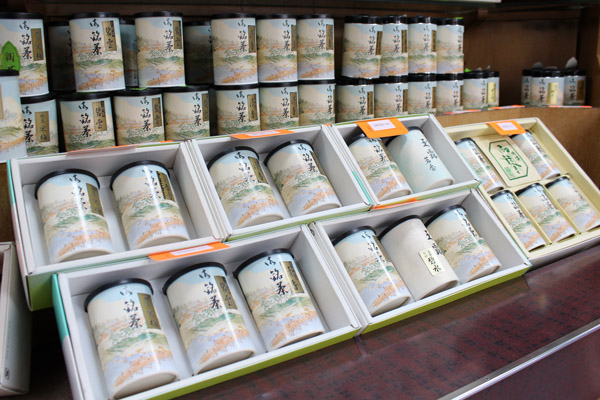 Since the Edo period, Nishio Meikoen has made gyokuro and other rich teas using leaves from Uji. Mr. Nishio goes to Uji to taste any tea before he orders it to be processed, to ensure it is up to his personal standards. He told us that he orders the teas from independent dealers, rather than large companies, and delivers to place as varied as Tokyo sushi shops to Sumiyoshi Taisha. You have to pay a bit more for this tea, but the quality, taste, and the painstaking techniques, make it all worth it.

Shinzo said that the Japanese lifestyle has become more Western, the variety of drinks has increased and the tradition of drinking tea is fading away. Nishio Meikoen Chaho was invited by Sakai city to take part in a project called “Ureru Meihin Zukkuri”. They accepted the offer and took it as a challenge to increase the popularity of tea and also introduce new products.

Some of the first things they tried to make were macha ponzu dressing and cookies, but the true macha flavor didn’t come through. Shinzo used to work in a different branch of the food industry with a researcher named Takako Hirosato, and he sought her out for advice. She is very well known and was a regular on the popular NHK show Gochisousan. She suggested mixing dashi soup base and macha and thus the seed for a new product was planted; but macha is very perishable item and it’s very difficult to maintain the proper freshness and taste. 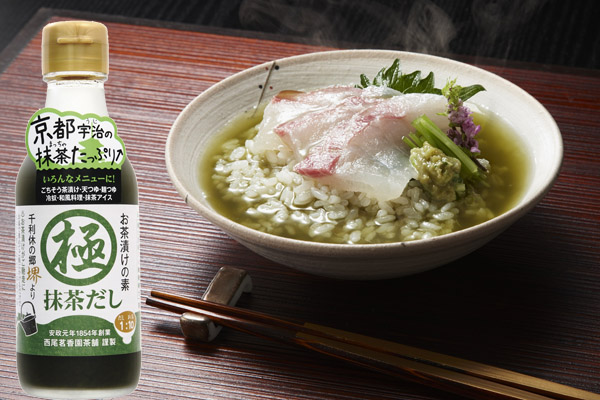 There are many types and price levels of macha. The cheaper, lower quality type is often used in many types of snacks and food. Shinzo though, insisted on using on only the best quality teas for his product, and the difference in the taste is immensely different. They came up with a dashi that they called “Kiwami Macha Dashi”, and it is becoming popular worldwide, even being sold as far away as Belgium.

Sharing the beauty of Japanese green tea with the world

Since the demand for green tea products in Japan has slowed down, worldwide markets were sought out instead. A few years ago they found a website that sold various Japanese products; including green tea, to international consumers. They partnered up with a Malaysian company to try their luck in this new market. Green tea contains Theanine, which has many health benefits and therefore is popular worldwide with people who are trying to take better care of their bodies. 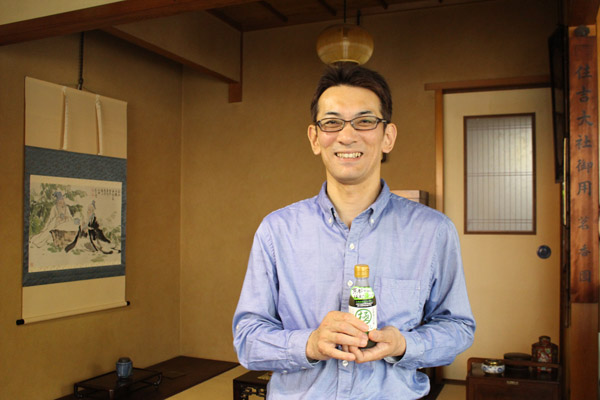 Since then, they expanded into Australia and are in the process of developing their more new products. The Nishio Meikoen Chaho is passionate about sharing the tradition and high quality of Uji tea with world.

Nishio Meikoen Chaho was founded in Sakai in 1854.They want to share the beauty of Japanese green tea with the world.