Delivering a traditional taste of Senshu to the whole country

In the Southern part of Senshu, deep fried gatcho (whitefish) has been eaten for a very long time. The gatcho that is often caught in Osaka Bay is known as “megochi” and is less than 20cm in length. When it is deep fried, even the bones can be eaten and it is a popular source of calcium for everyone from kids to senior citizens. I went to visit the gatcho producer, Kanehiro company.

Hiroshi Kaminogouya was working at the Izumisano Fish Market and in 1989 he opened his own tempura shop on the Kishu road, and a fresh fish shop one year later. He told us that because the gatcho were so plentiful, they were also quite inexpensive, so he began to deep fry them soon after opening. He also said smiley that many people from the neighborhood came in and bought them. 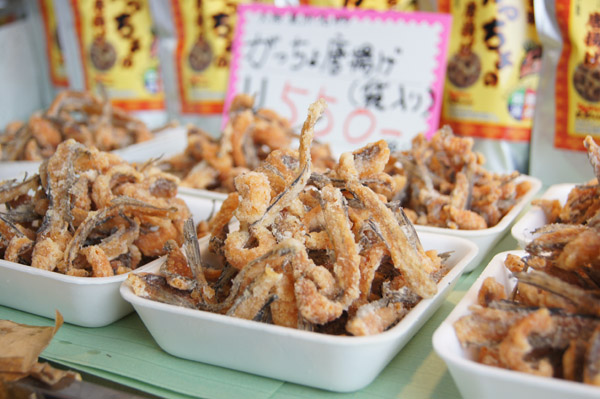 When one of his acquaintances tasted the fried gatcho, he strongly recommended that Hiroshi try to package and commercialize it. The fish was also a huge seller at events. Since it goes well with alcohol and also has a long shelf life it was packaged and sold as a souvenir snack. Afterwards an oil absorbing paper was added to the packaging to improve the quality. 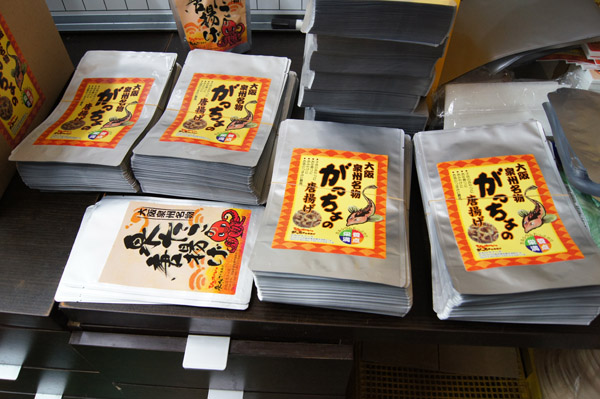 The decision to make fried fish

During his time at the fish shop, he also delivered food to hospitals and nursing homes, in addition to working behind the counter. The requirements for the food were very strict and he didn’t have many days off. In addition, the lack of fresh fish sales caused a great deal of stress.

At that time he started to package the fried gatcho and orders started to come in from large supermarkets. He then quit his job as the fish shop manager to focus solely on the gatcho. Immediately after that, the overall sales fell significantly, but the happiness of his customers allowed him to maintain a positive outlook. 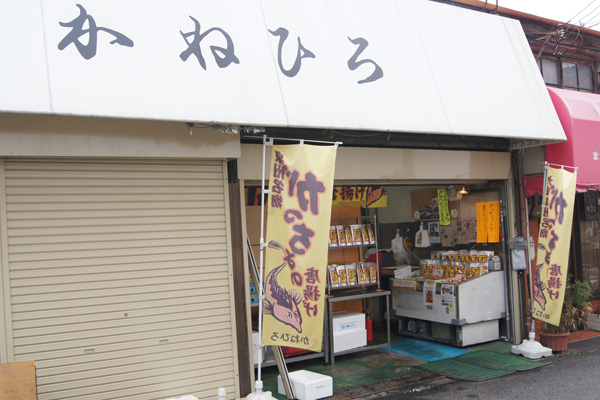 Hirata, has been seasoning the gatcho since the beginning, and they have grown a large local fan base.

The fish goes really well with alcohol and can even be enjoyed cold. I was able to see the place where the gatcho is made. The gatcho’s head is removed and the fish is filleted to the tail, in a process known as “pine needle oroshi.” Even though it is fairly difficult to do because it’s smallish fish, 5-6 kgs can be done in one hour.

After the fish are sliced, Hirata seasons them. She looks like a hard-working, mother type and she has a big, bright smile. The fish is seasoned with salt and a special sake from Fukuoka, and the flavor changes drastically. After this it is kept in the refrigerator for a day. The flavors soak in deeply and the deliciousness really increases. 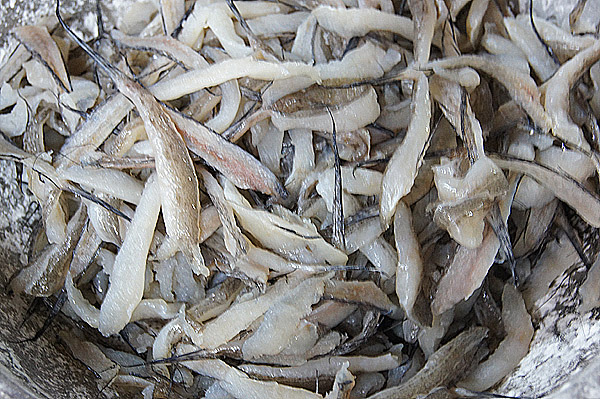 The fish is then coated in potato starch and deep fried at 180 degrees for 15 minutes. Because it is fried so thoroughly, it is cooked all the way through and becomes very crispy and crunchy. 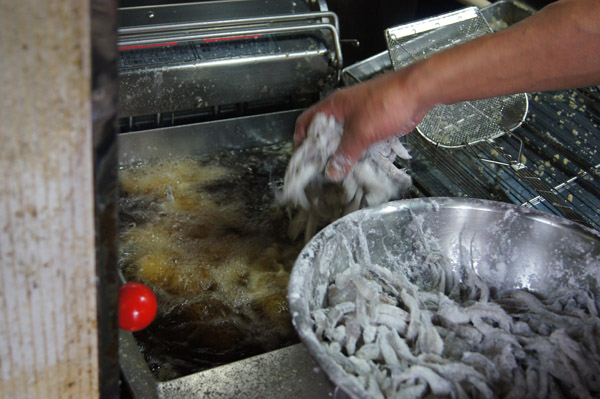 The fragrance of the fried gatcho was extremely appetizing. When I got to taste it, the texture and flavor spread through my mouth and I thought, “Oh, I would love to drink beer!” It is a very popular item at a nearby nursing home, and the orders keep coming. 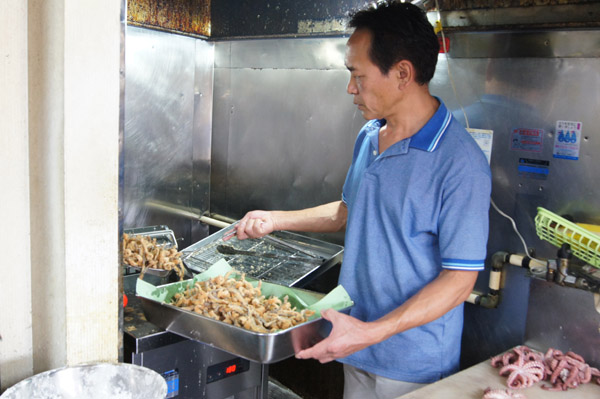 It has also become a very popular souvenir. In the summer; when beer sales are at their peak, they sell over 6000 bags a month. 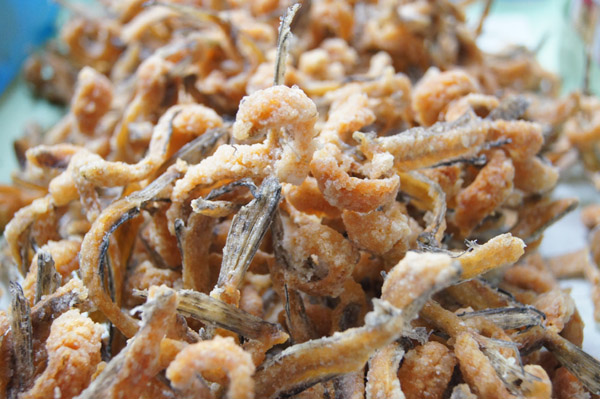 Since the end of last year, Izumi fried octopus has been sold over the counter in the shop, and starting this year it will also be packaged for sale. Since larger octopus becomes hard if it is fried too long, they use a smallish variety.

We are working hard to promote and sell these special products that have been eaten since ancient times in Senshu. We are developing new products to make customers smile, but we are keeping them a secret for the moment. 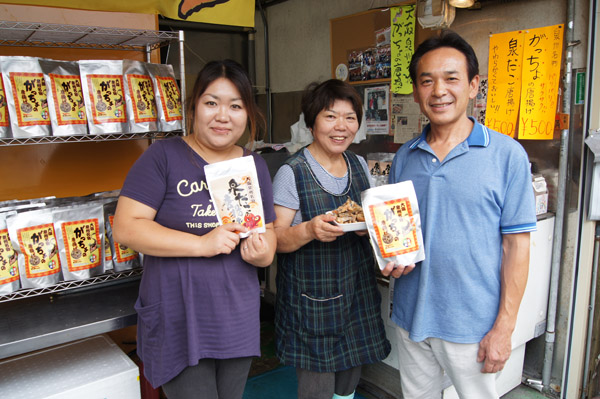 Deep fried gatchohas become a very popular souvenir. Even the bones can be eaten and it is a popular source of calcium for everyone from kids to senior citizens.