Specialties of Sakai city, poppy seed mochi made in Kojima-ya

A long-established confectionery shop in Sakai has protected it’s family tradition and method of producing poppy seed mochi for more than 300 years. They are now selling in department stores from Tokyo to Osaka and employ more than 40 people.

The Hankai line (commonly known as the Chin Chin Densha) runs from North to South through the center of Sakai. You can find Kojima-ya at the South side of the intersection of the chin chin densha at Shukuin station and Phoenix street. 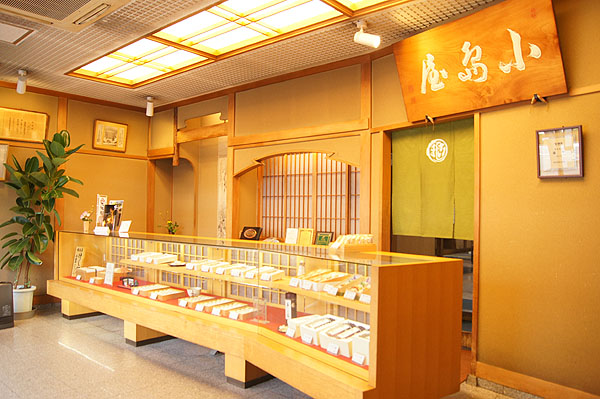 The day at Kojima-ya starts at 3am. 10,000 pieces of poppy seed mochi are produced every day, and 2-3 times as much during busy seasons such as Obon and New Year’s. Of course they have walk-in customers, sell to companies, for special events such as Jichinsai, and also as souvenirs. Therefore they change the packaging depending on the seasons, or to add special characters and writing. 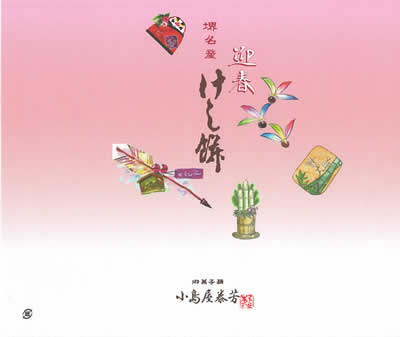 Poppy seeds completely cover the outside of the mochi cake. At Kojima-ya, they use only high quality poppy seeds from Turkey. Hayashi, the operations chief, told us that during the heyday of the Nanban trade, poppies were cultivated in the Sakai area. Since the poppies are raw material for opium, they were prohibited by the Opium Act. Only seeds that have been properly roasted, and will not sprout, are used for food production. Poppy seeds are actually consumed after a very strict inspection.

Poppy seed mochi expires after 5 days at room temperature. Of course, freshly made mochi is very delicious but Hayashi told us that he prefers it best after 3 days. The tight blend of flavors; the red bean paste, mochi, and the poppy seeds combine to create a truly unique taste. Hayashi checks the flavors every day and knows everything about poppy seed mochi. Even if it becomes a little bit hard, you can toast them a bit and the roasting of the poppy seeds creates another delicious level of flavor. I got to try some at the end of the day. After one bite, I understood why this delicacy has lasted for more than 300 years. I didn’t have the best image of poppy seed mochi before I tried it, but now I really want to eat it again. The kind of crunchy texture of the seeds blends so well with the softness of the mochi and the bean paste, and the subtle sweetness allows you to eat plenty. 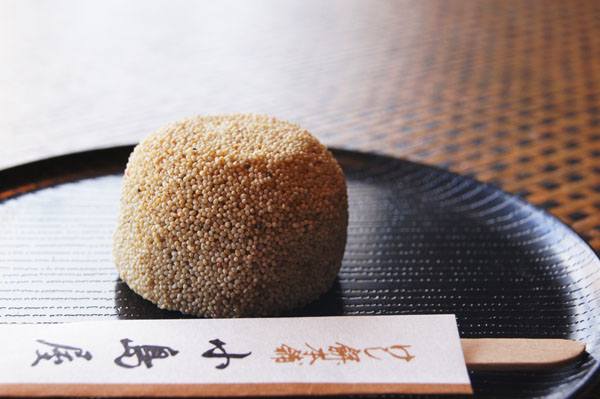 Kojima-ya is famous for the poppy mochi, but have recently released a new product called “Poppy Mochi Roll.” It is made to resemble roll cake, and the mochi and beans are wrapped with whipped cream and sponge cake. The not too sweet cream melts in your mouth and goes really with coffee. The poppy mochi roll is sold in one roll units over the counter. 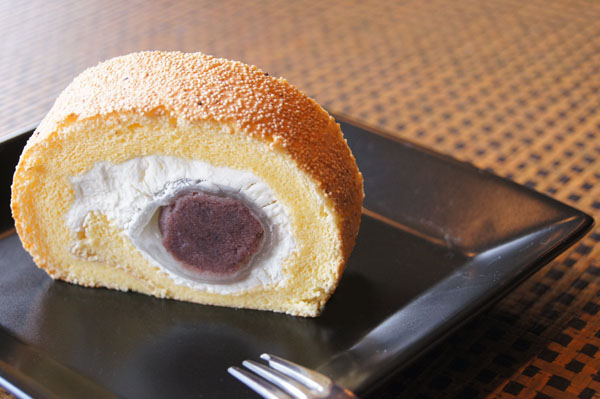 In the second floor tea room, the cake can be ordered by the slice. It’s open from 12:00pm – 5:00pm offering coffee, juice, sweets, green tea sets. I would really like to relax and catch views of the new Hankai trams (Cha Cha and Shion) and the Sakai neighborhood buildings. 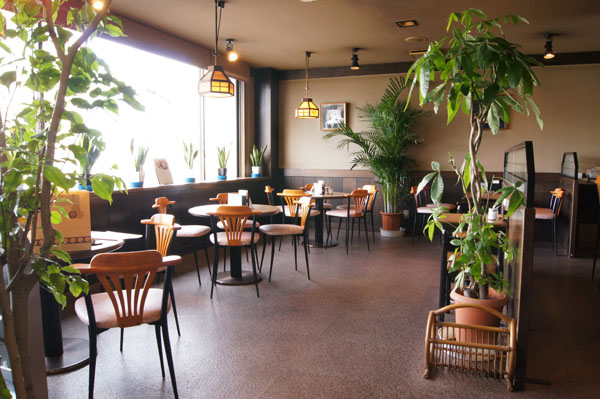 Poppy seed mochi made in Kojima-ya

The kind of crunchy texture of the seeds blends so well with the softness of the mochi and the bean paste, and the subtle sweetness allows you to eat plenty.