Sen No Rikyu created a type of tea called “Sado San Sen Ke”, and he has a deep connection the city of Sakai.Maruichi Kashiho; an old Japanese sweets maker, created a unique type of manju inspired by Sen No Rikyu, and we went to learn more about it. 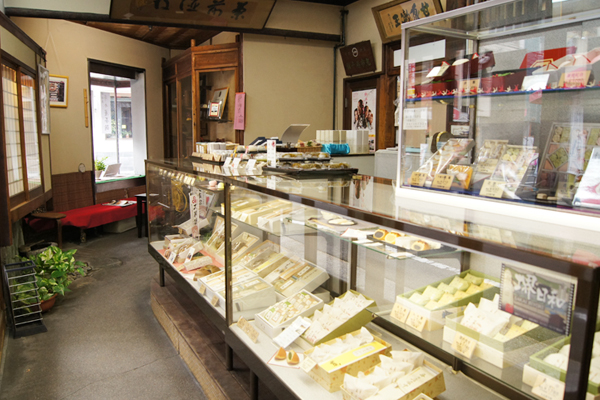 The tea bowl that Sen No Rikyu loved

Maruichi Kashiho has been making the Totoya Jawan; one of it’s best selling items, since the Meiji era.This special manju is made in the shape and size of Sen No Rikyu’s favorite tea bowl, that he used when performing the Japanese tea ceremony. 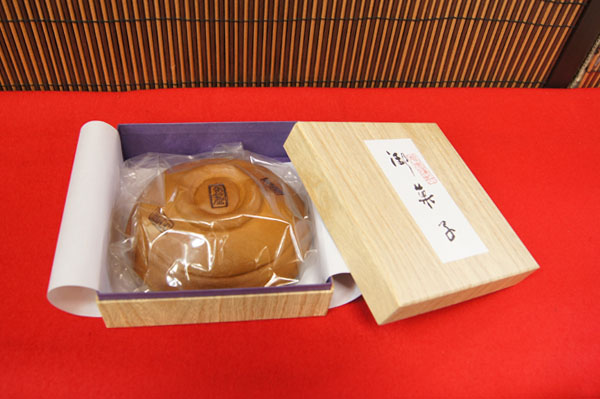 The size of the manju was surprisingly big, over 20 cm wide. Originally they made it in the standard, smaller size but they decided to do something unique and began to make them true to scale as a tribute to Sen No Rikyu. Presently, they sell about 30-40 of the Totoya Jawan manju a day. 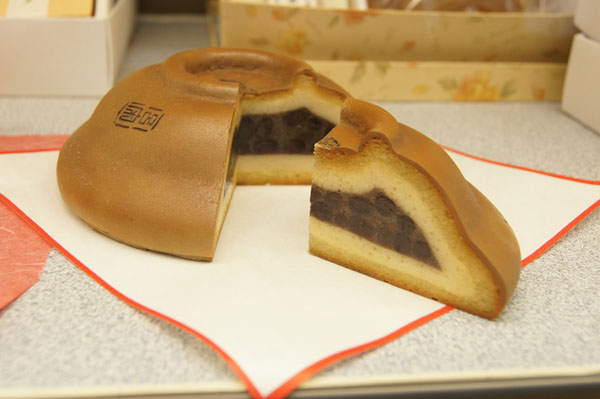 The stamps of Sen No Rikyu

Maruichi Kashiho also makes a snack that is called the “Rikyu stamp” using special “Wasanbo” sugar from Tokushima, and has been producing it for more than 70 years.This snack comes in two patterns that are based on stamps that Rikyu used. The small, square version is called the “Chikuhan” and is based on the standard stamp that is used for signatures in Japan.The round one is called “Nayahan” and it is based on a stamp that is used for official business. They have the ability to produce over 500 of these snacks a day, but each piece is individually hand wrapped in fine paper, so the actual number made per day is quite low. 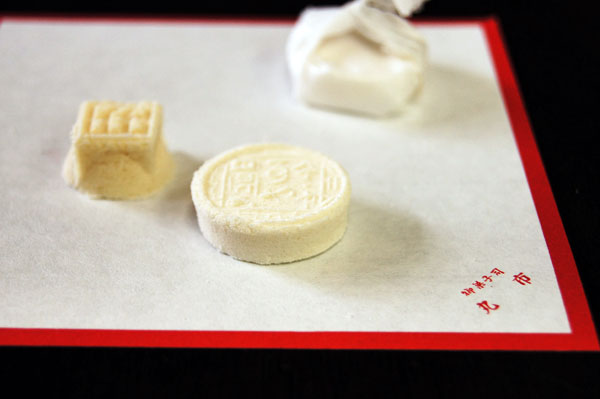 On the right side of the coin shaped Nayahan, “Imaichi” is written, in the center is “Naya”, and on the left is what appears to be a Christian symbol. Imaichi is the name of the area where Sen No Rikyu used to live, in the current Shukuincho neighborhood in Sakai. Naya is based on the type of work Rikyu used to do. He worked in the stock rooms and warehouses of many wealthy merchants and this job was known as “Nayashu”. Since he was a Christian; but kept it secret from most, the symbol on the left is most likely based on a motif from Christianity. 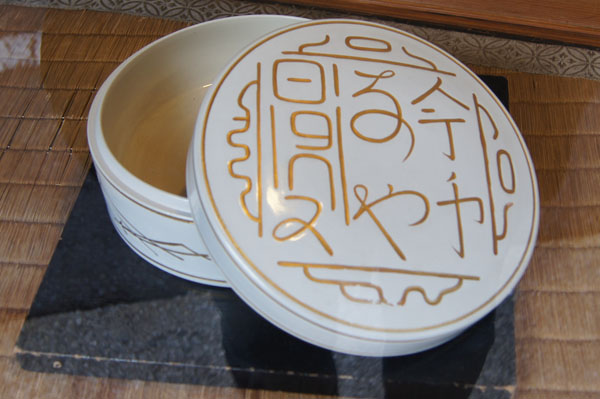 Trying out new styles of snacks

A special way to treat anko

Maruichi Kahsiho makes 15 types of sweet red beans that vary in sweetness, color and texture.Some examples are koshian, tsubuan, shiroan, and machaan.The president of the company; Mr. Noma, is very thankful for the teachers at tea ceremony schools and other customers who have given their input and requests regarding colors, shapes, and flavors and is striving to not only meet, but exceed their expectations. 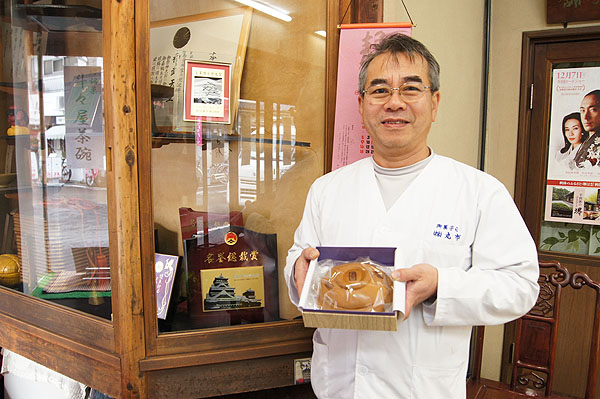 Sakai.Maruichi Kashiho created a unique type of manju inspired by Sen No Rikyu since the Meiji era.