The oldest and most famous places for making wooden combs

Kaizuka city is one of the oldest and most famous places for making wooden combs called “Izumi comb” and this wooden comb is known for the high quality, and it has been selected a traditional craft product by the Osaka governor.It is said that a traveler who had 8 different kinds of tools for comb making came to Kaizuka city by chance and taught people how to make combs.
We visited the Nishikawa wooden comb factory, which makes some of the best wooden combs that are made from a special wood called “Satsmatsuge” (a kind of Japanese box tree) by hand. 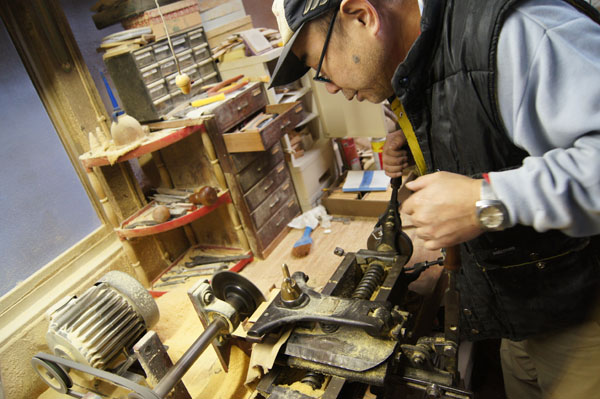 The number of craftmen have been going downhill since around 1720.

“There used to be about 200 to 300 people who were making the wooden combs as their side work around Kaizuka city.”, the CEO, Nishikawa said.He’s been making them for more than 40 years and is now the vice president of the Senshu wooden comb union. The history shows that there were more than 500 craftman in Japan around 1720, but now just 6 factories are registered in the union.

Making in the traditional manner and style

The first process to make a wooden comb is to simultaneously straighten and dry the raw wood.
Wooden boards are then cut into rectangle shapes and the size of the combs.One of the sides becomes the tips of the comb, so it is cut a little thinner. The thin pieces then combined to completely eliminate any warping.

More than 10 sets of these are tied together tightly. After that, these pieces are smoked for about 2 weeks and aged for more than a year to dry to ensure that the combs are strong.

Some of the wood has been aged for more than 30 years. What a surprise! 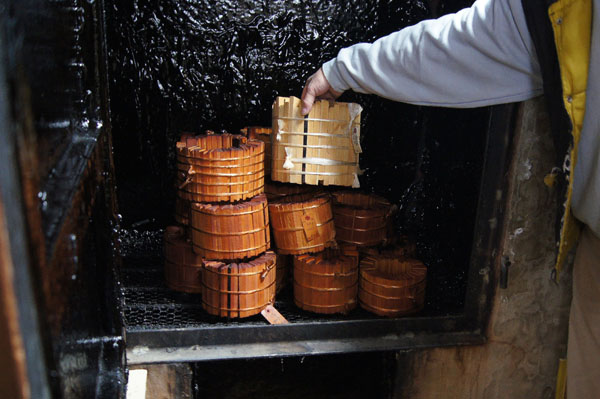 They then plane the aged wood and check them for any imperfections. If there is even a tiny scratch on the comb, they don’t sell it because Mr. Nishikawa has never compromised the quality.

Next they make the teeth of the comb with a machine, sharpen the teeth and finish them off with a file, by hand. 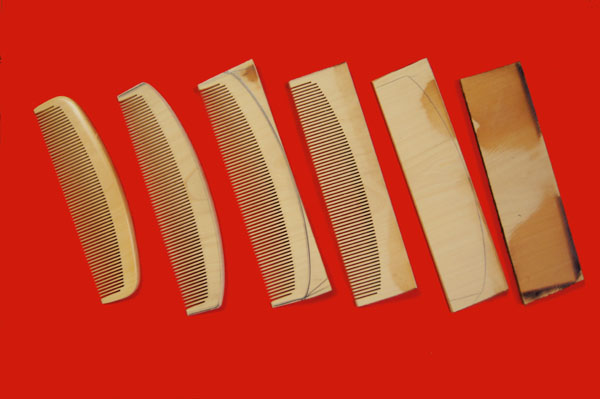 Then the excess wood is cut off, the comb is shaped and at last it is polished. Mr. Nishikawa uses 7 different kinds of sandpapers to polish them. He says that he thinks of the combs as if they are his children.It is very impressive that he says each process is like breathing life into them. 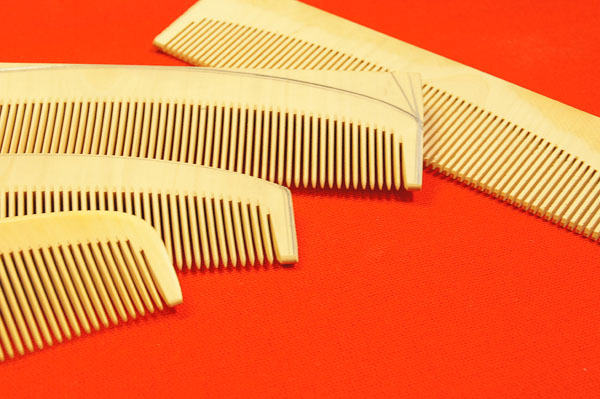 They let me use a comb and I could brush my hair smoothly even though I have curly hair. I normally feel static electricity when I brush my hair in the winter, but there wasn’t any at all.

This comb is smooth to the touch, feels great in your hand, and is extremely lustrous when compared to the texture of raw wood. Compared to other combs made from plastic, this comb generates less static and protects your hair from damage. Traditionally in Japan it is very important for women to protect their hair since it is said that beautiful hair is the essence of a woman’s life.We highly recommend Izumi combs to people who care a lot about their hair. It will become your favorite comb and you can use it for many, many years. 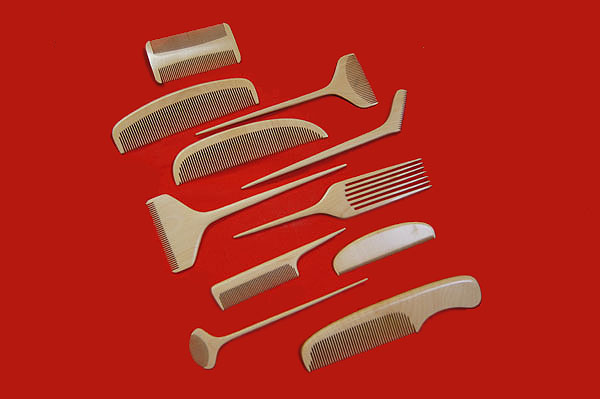 “Izumi comb” and this wooden comb is known for the high quality, and it has been selected a traditional craft product by the Osaka governor.