I was wondering why a fishery was producing rice crackers, so I took a visit to the Yokota fishery, which sells many kinds of seafood products to ask about their stories.

Mr. Yokota, the CEO, was out purchasing whitebait fish when we visited. Whitebait fishing season starts in the spring and ends in December, but they decide to go fishing depending on the weather and the season. Seawater in Osaka bay is well-nourished since the water comes from a lot of rivers, and that is why so many tasty whitebait fish are found in Osaka bay.

Whitebait fish are caught by a net fishing method and we could take a look when they were being processed in the factory. The fresh whitebait fish were transparent and beautiful. Freshness is obviously very important, so they are washed in cold water and boiled right away. Quick processing is the key to keeping the fresh taste. 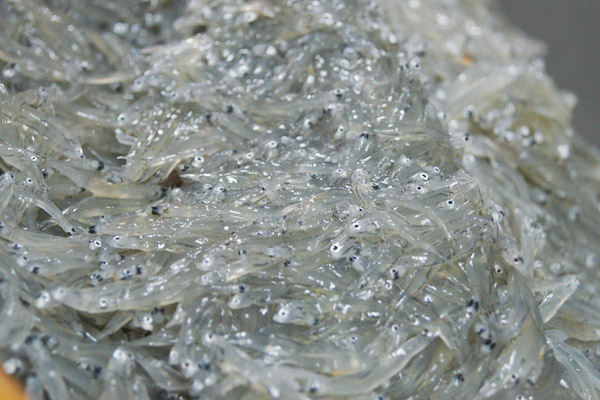 The cooking time is about 3 minutes in a special boiling machine. Steam rises from the machine and a good aroma fills the factory. 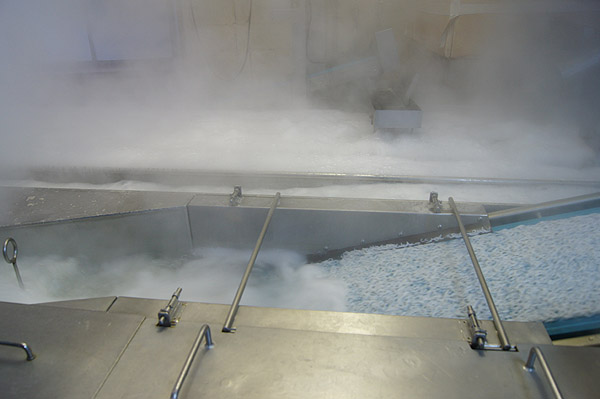 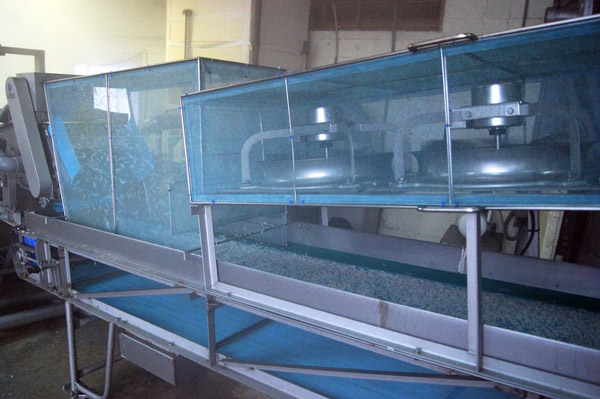 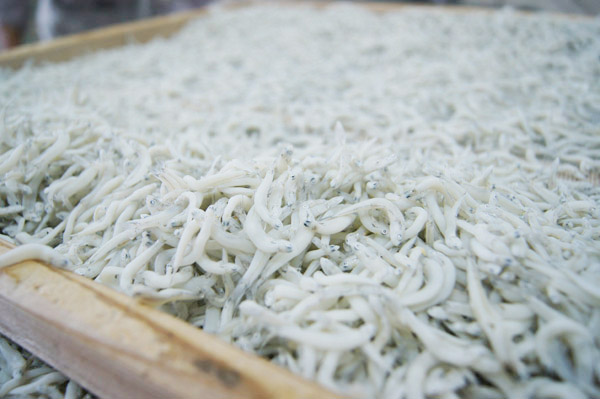 Then, they put the boiled whitebait fish onto a conveyor belt to cool them down, and then keep them in wooden frame holders, called “Seiro,” in the fridge. Sundried whitebait fish are produced as well. They are rich in calcium and very delicious. Mr. Yokota said that he hoped many people could enjoy them. 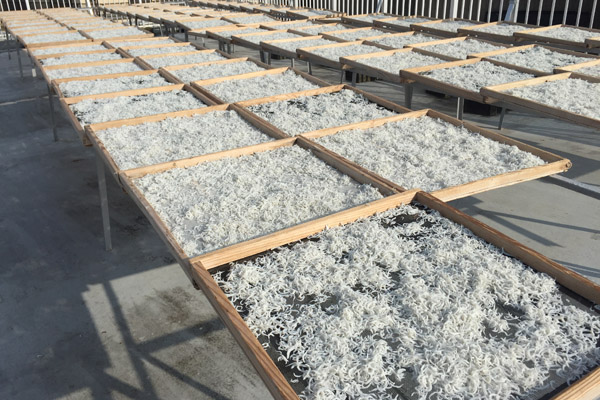 They are rich in calcium and very delicious. Mr. Yokota said that he hoped many people could enjoy them.

Some business owners in Hannan city (which is located in the southern part of Osaka) had a meeting one day 2 years ago and they talked about a plan to produce a new item, made from local ingredients, for a special Osaka Local Product. Then Mr. Yokota and the Tsujishige confectionery decided to produce a rice cracker together. They made many prototypes until they came up with the perfect recipe. Mr. Yokota said the rice cracker isn’t well known yet, even though it is sold in some department stores and at selected events. He is planning to expand the market, but he also wants to introduce it to more local people first. He will change the shape of the cracker and the package design to make it more interesting and Osaka like. 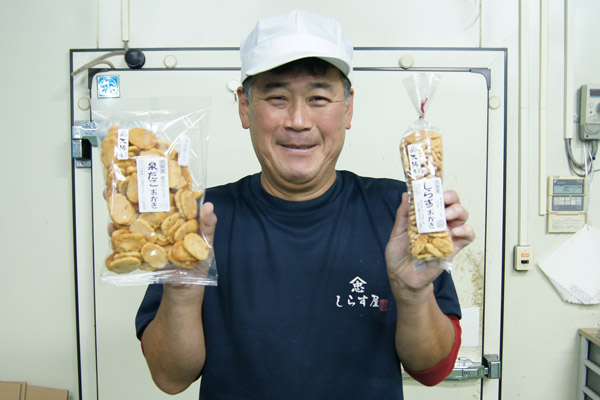 Many tasty whitebait fish are caught in Osaka bay.They are rich in calcium and very delicious.