Sharing the folklore and culture of Izumi momen

Izumi momen is a high quality, long fiber cotton. We went to talk with Yasuo Hirayama; the 3rd generation president of Hirayama Seni corporation about the history of Izumi momen. It once lost out to an influx of foreign cotton, but it has been reborn. He wants to spread it’s history and culture to a new generation.

Cotton fabric had been produced by hand in the Senshu area since the Muromachi era. Fabric took on the name of the location where it was made.

In Osaka there was Kawachi, Settsu, and Izumi momen. Izumi momen was long fibered, thin, and high quality so it became very famous in the Edo period. Near the end of the Edo period, the southern Osaka region produced about 2,000,000,000 square meters of fabric per year.

In the Meiji era cotton from overseas came into Japan, locals stopped growing it as a crop, and started planting vegetables instead. As a result the hand made cotton fabrics started disappearing. It was then that the Izumi momen became extremely rare and start to achieve it’s legendary status. 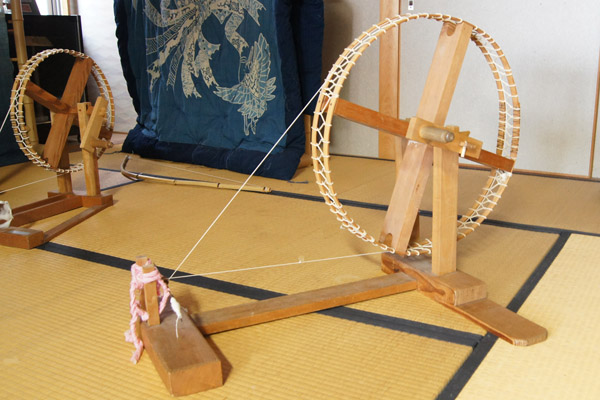 The development of the textile industry in Senshu

Near the middle of the Meiji era the founder of the Toyota corporation; Sakichi Toyota, created a human powered cotton loom and this established the foundation for the Japanese textile industry. Even though cotton was no longer grown in Senshu, the area began booming in textile production.

Around the end of WWI; in 1909, Hirayama orimono factory began making fabric. They started to grow by making bank bags and fundoshi for soldiers. 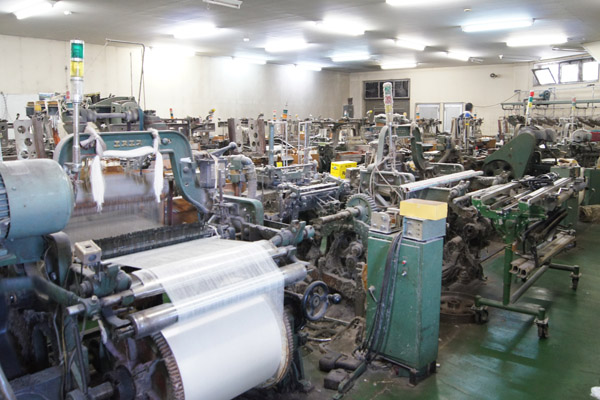 After the 2nd World War, the “gachaman” era of high economic growth arrived and many fabric producing factories began to pop up in Senshu. Gachaman is a play on words combing in the sound that the looms made (ga-chan) and the Japanese word for 10,000 yen (man). But, near the end of the Showa era, increases in foreign imports began to again threaten the Senshu industry. Mr. Hirayama told us that there were around 1200 textile factories in the 70’s and now that number has been reduced to about 50. Presently over 90% of the cotton fiber in Japan is imported. The remaining Japanese manufacturers are working together to increase their share. Hirayama’s main product now, is a white cotton fabric that was used by common people many years ago.

Because he feared traditional manufacturing techniques would disappear he decided to create the Izumi cotton group in 1996. To preserve the stories of Izumi cotton, a collaboration with a Sakai company that specializes in “wachusen” (a dyeing technique) was created. 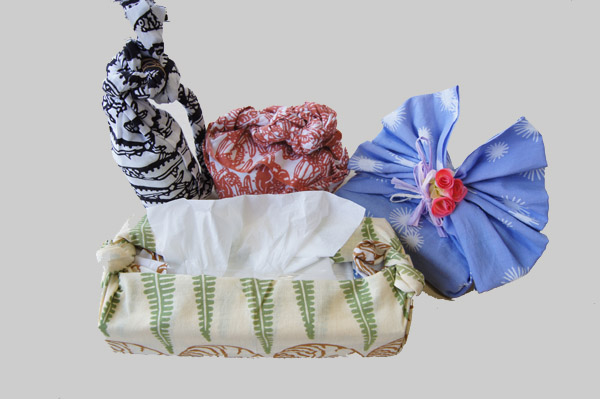 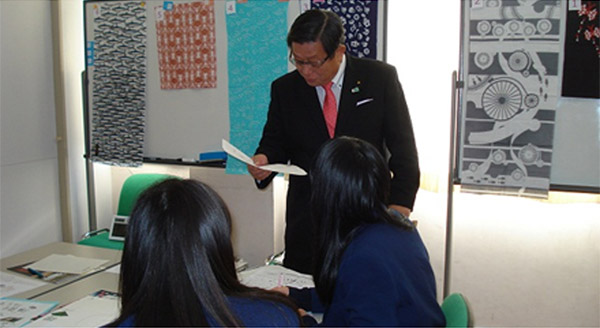 Hirayama said that he wants to preserve the amazing technique and history of Izumi momen and to also create special products that customers will treasure. 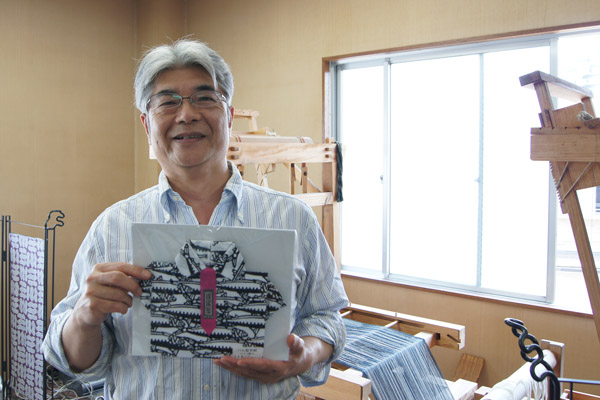 Hirayama Seni corporation wants to share the folklore and culture of Izumi momen.