Tradition that is handed down

Shiogo has been making Murasame since it’s founding in 1854. Murasame is one the most famous confections to represent Senshu. We went to find out the secrets of this consistently popular, traditional taste.

Shiogo was founded more than 160 years ago, near the end of the Edo period.

Along the old Route 26 road in Kaizuka, there are many old buildings, shops and store houses that really give you a historical feeling. Above the entrance to the main store there is a sign that says “Murasame.” It was painted by Bizan Nakamura; a famous calligrapher from the Meiji era, who taught Sankichi Sakata how to write the character for horse. 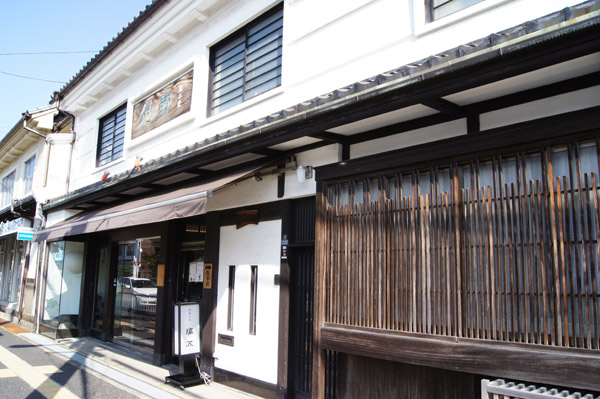 Murasame is a steamed sweet in the shape of a block using red bean paste, rice flour and sugar. It has a bumpy, yet smooth look. 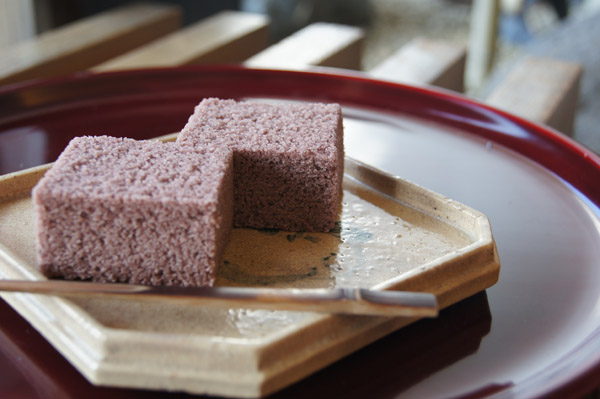 The skin is removed from the beans, then they are ground finely and the excess moisture is removed. This is call raw bean paste. The bean paste is then mixed with rice flour and sugar and steamed in a special bamboo basket. 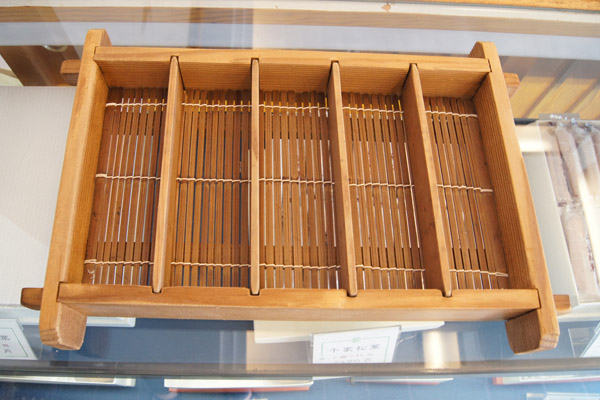 Before steaming it has a bit of a rough texture, but because of the rice flour and steam it becomes really light and soft. It will almost disintegrate if a toothpick is stuck into it. When you taste it, it has a sticky, chewy texture and the gentle sweetness spreads throughout your mouth. Made with only beans, rice flour, and sugar; with no additives, it is an all natural Japanese sweet that you can really enjoy. 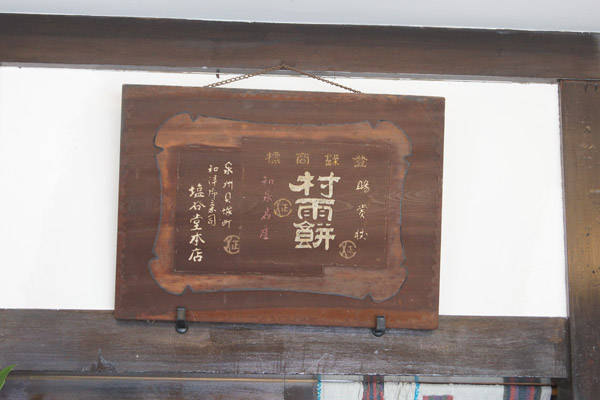 In Senshu there are other sweets that are made in a similar process as Murasame. There different variations, such as rough texture and white or red beans. These types of sweets are all called Murasame but the name is actually trademarked by the Shiogo company.

The problem with a quick expiration date

Because no additives or preservatives are used, and Murasame is steamed; it should be eaten with one day of production. Because of this fact, a new style of packaging was devised. It is sandwiched between two thin pieces of cedar and then wrapped in bamboo paper. It is then placed in a paper box, wrapped in thick cellophane to prevent drying, so it can be preserved for 2-3 days. 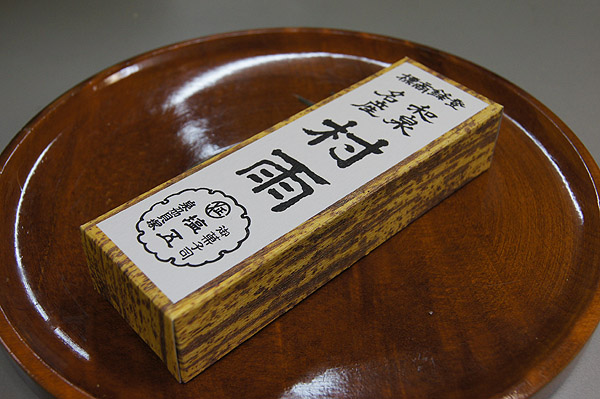 The impressive friendly smile of the 6th generation president, Shiotani

Many members of the Shiogo family business have the Chinese character for “5” in their names. The president’s name is Itsuo, but it doesn’t contain the “5” character.

He has done a lot of trial and error when creating new products using Murasame. He once tried to make sweet bean jelly using Murasame but the flavors were not different enough to create a new taste, it was just fairly neutral; so he returned to traditional methods. 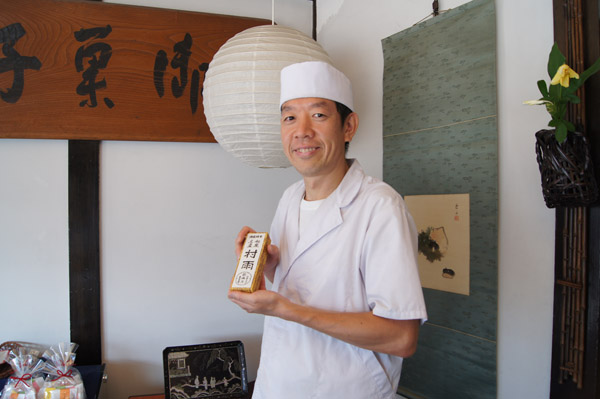 Through the process though, new products were created. Long ago unsold Murasame was made into steamed buns called Murasame manju. People who love red bean paste really love this snack, and each comes individually packaged. 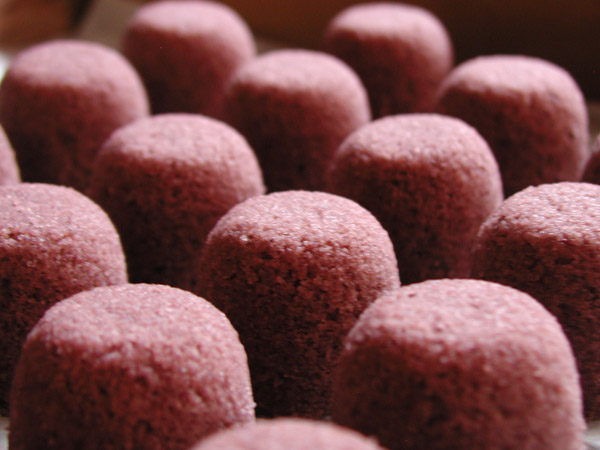 Other products that are very similar; in name and taste, are often confused with each other. But Shiogo uses only high quality beans from Hokkaido and Tamba. They use only the best tasting beans with vibrant color. Shioya told us that the beans blend perfectly with sticky, chewy texture of the kochi. The perfect ingredients are the secret to the great taste. The beautiful color of the beans and the refined subtle sweetness combine to create a taste that you will crave again.

Murasame is a steamed sweet in the shape of a block using red bean paste, rice flour and sugar. Murasame is actually trademarked by the Shiogo company.