Tarebancho, and the #1 sauce in Japan

In Senshu (the southern part of Osaka) there is a yakiniku sauce called Monku sauce. Nobuaki Fujiwara said that he wants to make the best sauce in Japan using the finest ingredients and the most skillful techniques. Mr. Fujiwara is a power lifter and has been the Japanese champion in the masters (40-49) division (66 kg) 4 times. After reaching the top in power lifting he has shifted his passion towards making the best yakiniku sauce in Japan.

Sauce that brings out the flavor of BBQ

Fujiwara’s father was never satisfied by the sauce available in the supermarket, so he decided to make his own. His sauce became famous and spread from his family throughout the neighborhood. After hearing the response from his family and seeing their happy faces, he decided to start a business.

Handmade goods come from the heart. He wanted to see the same smiles on the faces of customers who tried the sauce, and started his mission to make the highest quality sauce in Japan. He purchased and tried every well known sauce he could find; from all locales in the country, to research for his recipe, and he created a blog to document his findings. You can check out tarebancho.com for yourself to see what he thought.

He wants to make sauce that is not only delicious, but also pure and healthy, and that can be enjoyed in a variety of ways. As part of his studies, he went to sake and soy sauce factories to learn their crafts and techniques. He uses only the freshest, highest quality fruit and vegetables; nothing processed. The Monku sauce series consists of sweet, spicy, and miso based. These 3 varieties have become known in Senshu as “The 3 Brothers.” 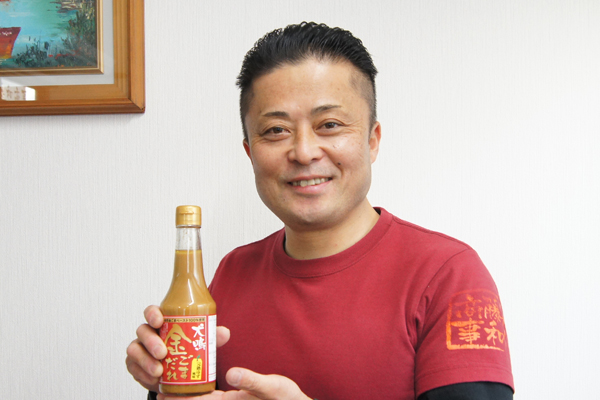 You can buy the Monku sauce at Senshu-mall
click here!

For people who have never tried a “real” sauce

The Monku 3 Brothers high end series has a mild yet rich flavor, and a great reputation among yakiniku connoisseurs. This is a premium product. The mellow sweet sauce uses premium soy sauce and local sake from Senshu to create a unique flavor with a wonderful aroma. The special spicy sauce uses special of Japanese chili peppers, Senshu sake, and Hokkaido miso to create a rich flavorful sauce with a bit of a bite. The full bodied miso sauce is a rich sauce that contains soy sauce, local sake, white miso from Senshu, honey and fresh vegetables, blended and slow cooked to bring out the deep flavors.

The premium series are beautifully packaged and therefore make great gifts and souvenirs. 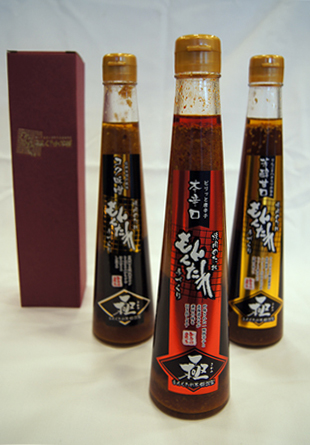 Some people say that yakiniku is best enjoyed with only soy sauce and wasabi, or salt; these people have never tried this sauce. These sauce can bring out the flavors of almost any dish. Try for yourself!

Inunaki pork has a ranch located at the base of Inunaki mountain is the only pork that is from Osaka. 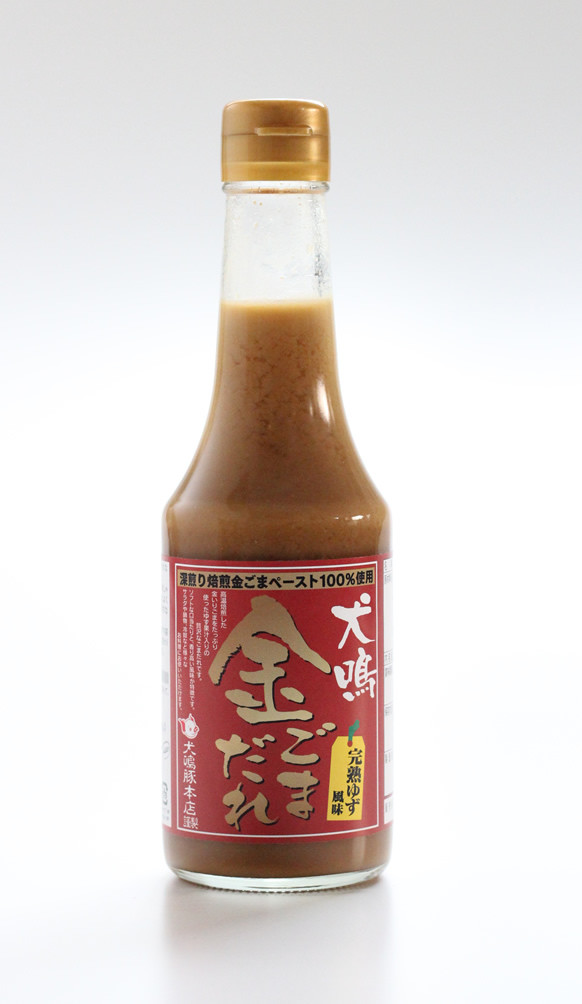 Fujiwara met the people from Inunaki pork at an event and they came up with the idea to collaborate together. Using a blend of Turkish golden sesame seeds and yuzu juice, this is a perfect match with the lean Inunaki pork. 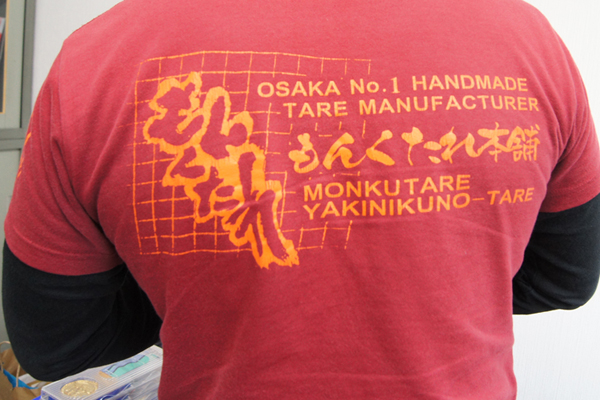 The Monku sauce series consists of sweet, spicy, and miso based. These 3 varieties have become known in Senshu as “The 3 Brothers.”