Glass bead production was quite popular in the northern Senshu area once and later became popular in Izumi city. The original glass beads made there are called “Izumi Tonbodama” and were selected as an Osaka traditional craft product. The Sangetsu Kobo(山月工房) is the only studio which has continued the original manner of making them. We visited the studio and talked to Mrs. Matsuda, the current owner. 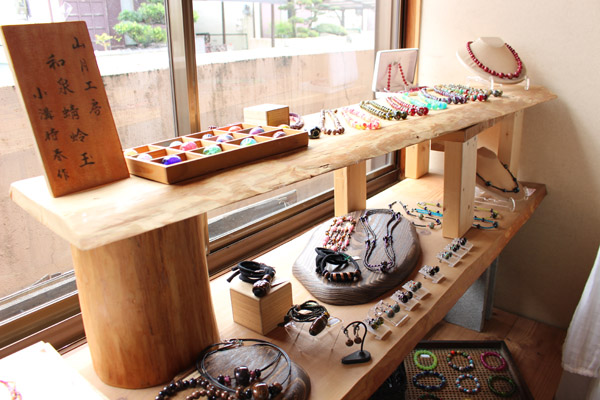 Mrs. Matsuda’s father, Mr. Komizo, started to make Izumi tonbodama just after World WarⅡ and there were many other people made the glass beads at that time as well. The glass beads were simply called beads then. There were different sizes and shapes of beads. Craftspeople had likes and dislikes in regards to shapes and sizes, so they made the glass beads depending on their preferences. 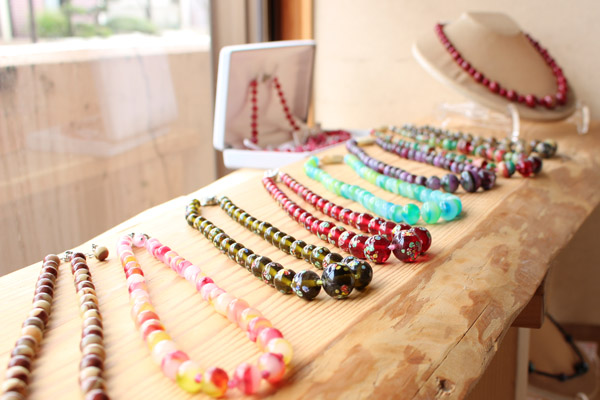 However, Mr. Komizo could make any kind of glass beads. He opened his own studio and later on it became the Sangetsu Kobo. Most people had to give up producing them in the 1980s since many Chinese beads were imported to Japan, but the Sangetsu Kobo was the only one in Izumi city which survived. 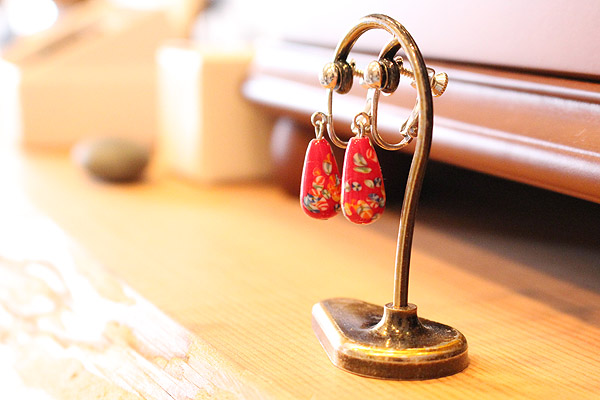 Mrs. Matsuda used to have a different job, but she decided to take over the business since she strongly wished to preserve the tradition that her father had been keeping alive. She learned how to produce the beads and was also selected an Osaka traditional craftsperson in 2005. She picked up the skill quickly, maybe because she spent a lot of time in the studio when she was a child.

Ms. Matsuda has been trying to add new flavor into the traditional manner of glass beads production. She said that she has been producing them in a traditional manner, but the glass beads she makes are quite different from her father’s. There is cherry and butterfly shaped silver leaf in the beads and these are really beautiful and shiny, and look attractive as a necklace. 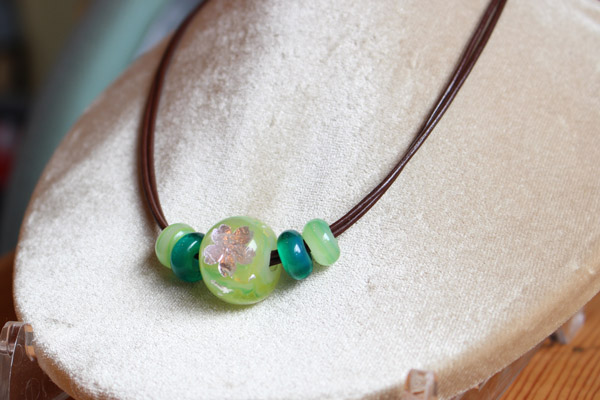 When the glass beads are being made, thick glass sticks are tied up together and melted by a high temperature burner, then quickly wound around a stick to finish them off. The color of the glass beads depend on the color of the glass sticks you use. To make them the same size requires a great deal of skill and experience. Combinations of colors and patterns rely on craftpeople’s sense and preference as well. None of them are the same pattern because it is a handmade and that is one of the attractive points about the beads. The beauty of glass beads has been fascinating for people many, many years. 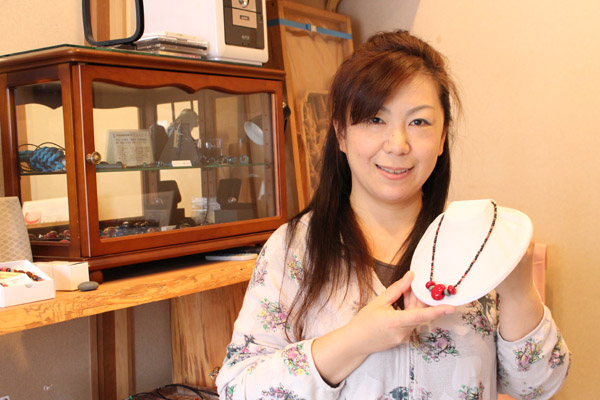 Sangetsu-Kobo is the only studio that still makes the Tonbodama beads in the traditional manner. Mrs. Matsuda has been working on a lot of projects including repairing some beads that are considered National treasures. She has a lifelong ambition to introduce the beads to many people and to preserve the tradition for generation to come.

The Sangetsu Kobo(山月工房) is the only studio which has continued the original manner of making traditional ‘Glass Beads’.